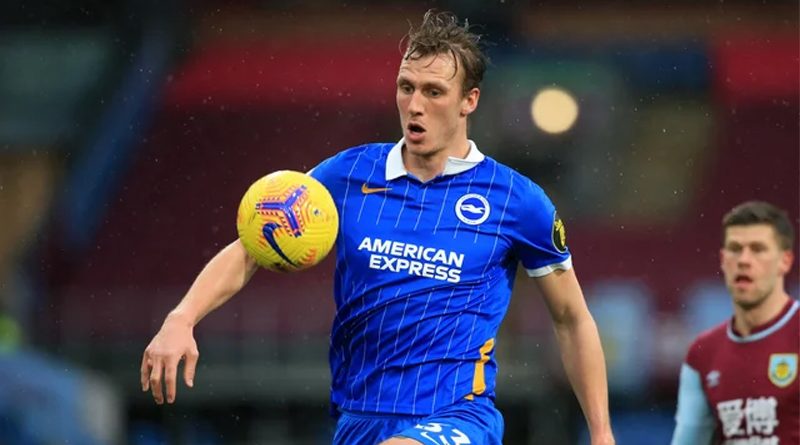 When The Leeds United were enjoying their most dominant spell against Brighton in the final 20 minutes of the first half of their 2-0 defeat at the Amex, one Albion defender was here, there and everywhere – Dan Burn.

Not Lewis Dunk, who would go onto take all the plaudits for that ridiculously calm chest back to Robert Sanchez in the second half. Not Ben White, even though he again excelled against the club he spent last season gaining experience of the Championship with.

Not Adam Webster, who continues to feel his way back from injury. And not Joel Veltman, returning seamlessly to right wing back in the latest reminder that the Albion picked up one of the most versatile defenders in the top flight for only £900,000 last summer.

No, it was Burn. The much maligned Dan Burn, whose mere presence on the team sheet when the starting XI is announced can lead some Brighton fans to explode with the sort of rage rarely seen, other than when Boris Johnson is asked who exactly paid for his fiancée to decorate their Downing Street flat like something out of a bad cheese nightmare.

In that 20 minute spell, Burn managed to innocently knee a Leeds player in the head. He hacked a loose ball off the line after getting in a bit of a mess with Webster and Robert Sanchez.

He headed away at least three teasing Leeds deliveries into the box and made a crucial block when a rocket from distance cannoned into him with so much power that it rebounded 30 yards up the pitch.

A lesser man would have been knocked over by the ferocious force of that shot; Burn meanwhile carried on as if his body were made of vibranium.

Without Burn heading and blocking everything that came his way, it might not have ended Brighton 2-0 The Leeds United. It is certainly hard to imagine the more attacking Jakub Moder having the defensive mindset to make the sort of interventions that Burn did against the world’s biggest football club. And yet Burn’s part in the win seems to have gone largely unnoticed.

This is nothing new of course. Dan Burn has made a big contribution to the Brighton cause in 2020-21, so much so that he would be a clear winner of the Underrated Player of the Season Award, if such a gong existed.

Maybe we will add it to the WAB Awards, giving Burn the chance to collect two prizes as he must surely have Look-a-Like of the Season sewn up from when his lockdown hair made resemble Princess Diana.

The stats back up Burn’s unheralded importance. Brighton average 1.08 points per game this season. With Burn in the starting XI, that jumps to 1.36.

Why then is Burn so underrated by some Brighton supporters? There are a couple of reasons. On a superficial level, a 6’7 defender signed for £3.5 million from Wigan Athletic hardly captures the imagination like big money, full internationals from foreign lands who look good on a YouTube highlight reel.

Potter is not swayed by such things. He knows that over the past two seasons, Burn has proven himself to be a capable and dependable option, be it as part of a back three, as an orthodox left back or as the tallest left wing back in Premier League history. You may have heard Martin Tyler mention this once or twice.

The other problem which Burn suffers from is that on the rare occasions when he has an off day, he doesn’t do it by halves. In the 3-0 defeat at Leicester City he resembled somebody who had never played football in their life before rocking up to take part in a charity match.

A month later, he managed to score an own goal and give away a penalty in a testing evening against Wolves at the Amex. All that was missing was a red card to put him up there with the great performances of Colin Hawkins.

In defence of Burn, you can point some of the finger of blame for those chastening experiences at Potter. The Brighton boss was far too slow to react to Brendan Rodgers’ formation change, leaving Burn exposed. By the time Potter adjusted his own system at half time at the King Power, the damage was done and the Albion were 3-0 behind.

For the Wolves game, Burn had been coping reasonably well with the threat posed by Adama Traore thanks to the help of Solly March in front of him.

Potter’s decision midway through the first half to switch March and Leandro Trossard suddenly left Burn to cope with Traore along. Within 10 minutes, Wolves had scored twice to move 3-1 ahead, necessitating a famous Albion comeback in the second half to avoid a rare defeat at the hands of the Old Gold.

Burn is capable of having the odd clanger every now and again, but which Brighton players aren’t? If a player never made a mistake, then they would be playing for a better team than the Albion. Even Dunk has calamitous days, although they have become fewer and farer between with each passing season.

If you are expecting Burn to play like prime Ashley Cole or Roberto Carlos, then you are obviously going to be disappointed. He will never play for England. When Solly March is back from injury, he won’t play as much for Brighton.

If Michal Karbownik impresses in pre-season or the Albion strengthen their left side over the summer, then Burn could even fall away from selection completely in 2021-22.

To be brutally honest, that probably needs to happen if Brighton are to achieve Tony Bloom’s stated aim of becoming an established top 10 Premier League club, as a better quality of player is required to reach such heights.

For where the Albion are now though, battling in the lower reaches of the top flight, Burn is a more than adequate squad player as he has proven plenty of times in the current campaign. And that is why Dan Burn is Brighton & Hove Albion’s Underrated Player of the Season. 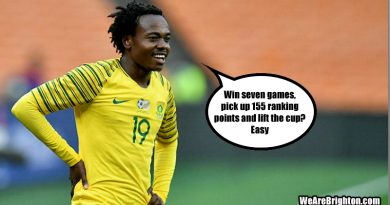 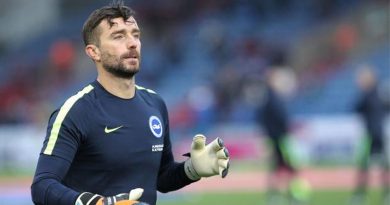 Is Ben Roberts the best goalkeeping coach in England? 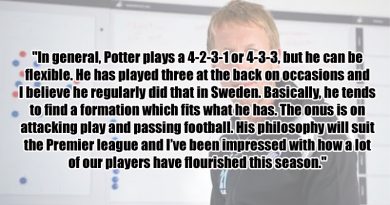 The Swansea view on Graham Potter

Dan Burn has taken a lot of criticism from Brighton fans in 2020-21, but his performances and points-per-game record make him an underrated Albion player

What does a European Super League mean for Brighton?